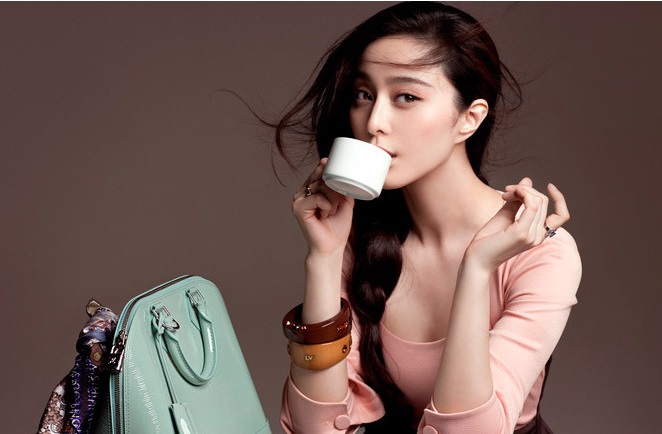 China has the largest number of Internet users in the world, with 90% using mobile phones to connect through social networks.

Some brands have understood this new way of operating ultra-connected Chinese youth and have successfully used social networks to spread their marketing campaign on a large scale.

Wechat has become the most powerful application to take advantage of brands developing a marketing strategy in China.

The social networks used by the Chinese are different from the rest of the world.

Whatever the size of the company, Wechat has become the inevitable medium for developing its strategy in China.

In this context, the Wechat stores and Wechat pay are real opportunities for luxury brands. Dior, Bulgari, Burberry, Givenchy … have clearly understood the commercial opportunity of the platform and are betting on this e-commerce and m-commerce playground offered by Wechat.

Givenchy is a French luxury brand. It was founded in 1952 by “Hubert de Givenchy” and now belongs to the LVMH group.

Mr. Bags (Chinese KOL) has published a WeChat article announcing a promotion with the French luxury brand Givenchy to sell an exclusive limited edition of 80 pink handbags at a price of 14,900 RMB or 1900 € each. 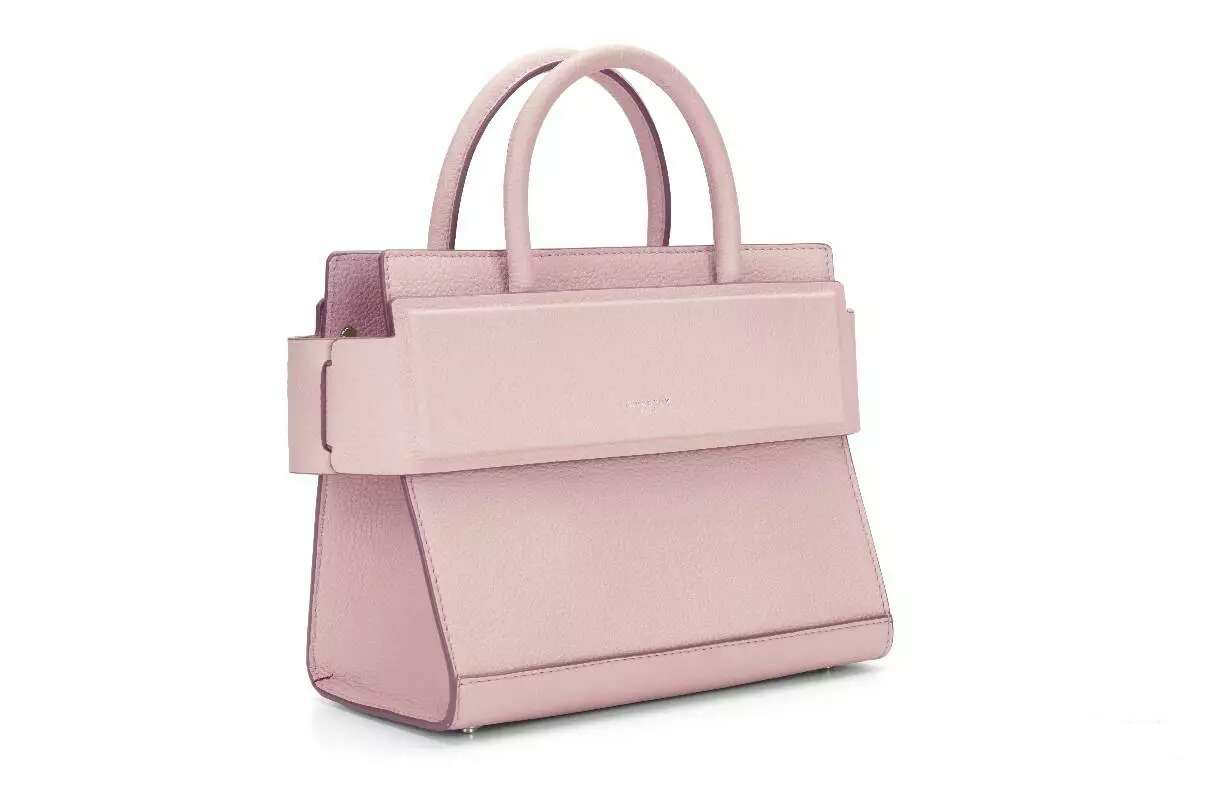 The brand Givenchy used one of the most famous men KOL, Tao Liang, to launch a limited edition of bags.

It was a way for Givenchy to reach a maximum of very committed and fashion-oriented supporters.

Define its strategy to work well with the Chinese KOL

For luxury brands, the association with a Chinese KOL is beneficial.

However, care must be taken to ensure a long-term vision when choosing the partner. It is important to find a Chinese influencer in accordance with the values and image of the brand.

A long-term relationship is preferred rather than a one shot action. As Chinese influencers are increasingly in demand, fares are flying quickly when it comes to joining Chinese KOLs.

The campaign was done just before Valentine’s Day with a limited time. 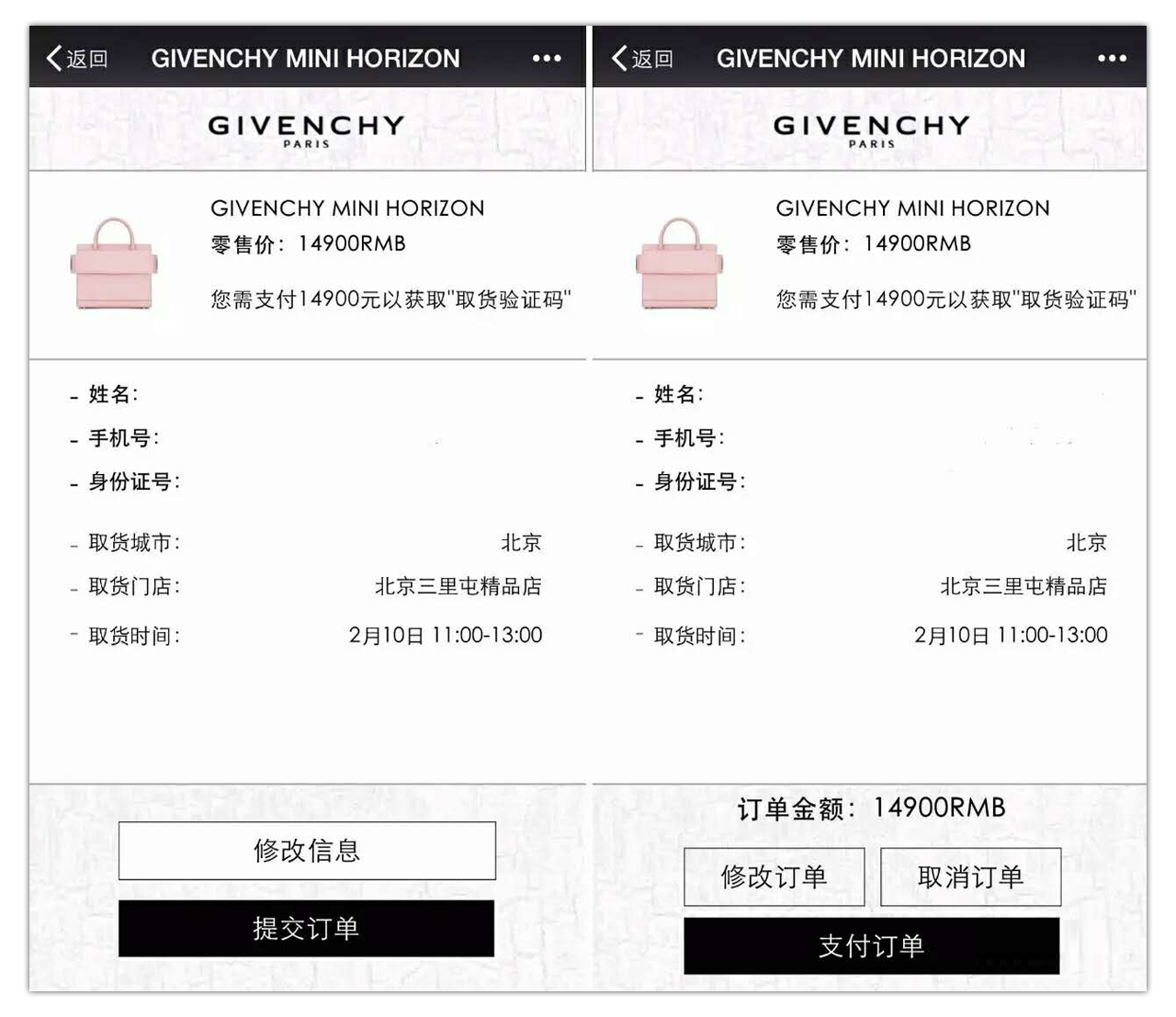 It was a smart campaign since the Chinese like to make gifts.

Selling a limited number of bags is a way to increase interest and create exclusivity.

The use of a KOL in China is very effective because they generate trust and commitment among their audience. 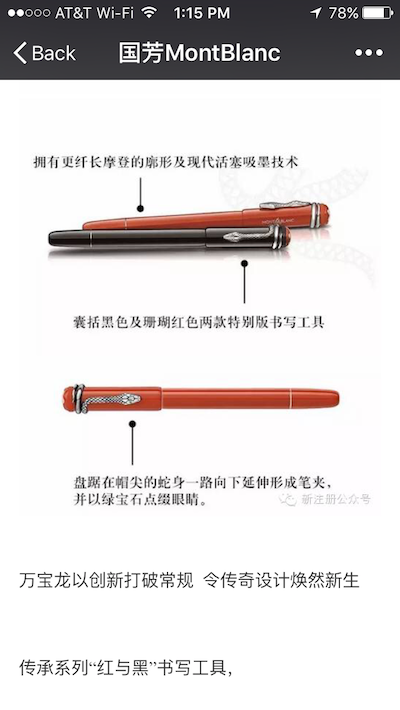 He has also greatly increased his awareness and commitment by associating his image with a famous and fashionable influencer.

Recognized for generations as the main creator of writing instruments, MontBlanc has for many years explored other sectors to offer watches, leather goods, jewelery, perfumes and glasses.

He quickly understood the opportunities that represent the Chinese market.

It entered the market in 1990 and adopted a solid development strategy.

A few months ago, MontBlanc launched a campaign on wechat by promoting its pen collection. The first step in the campaign was to increase knowledge of the history of its products.

The goal was for Montblanc to immerse the public in its strong heritage and showcase its know-how.

The second part of the Marketing campaign was to engage the consumer by making him choose the color of the pen he preferred and to share the result with Wechat.

Pepsi entered China more than 30 years ago. He moved from a new entrant to one of the major players in the market.

The brand has succeeded in adapting its range of products to local tastes.

It has also enhanced its brand image by creating innovative social media campaigns.

Pepsi launched a huge campaign during the Chinese New Year.

The campaign consisted of two parts:

Personalized Campaign: by typing your name, you could get a personalized firework display to welcome family and friends for the Chinese New Year. 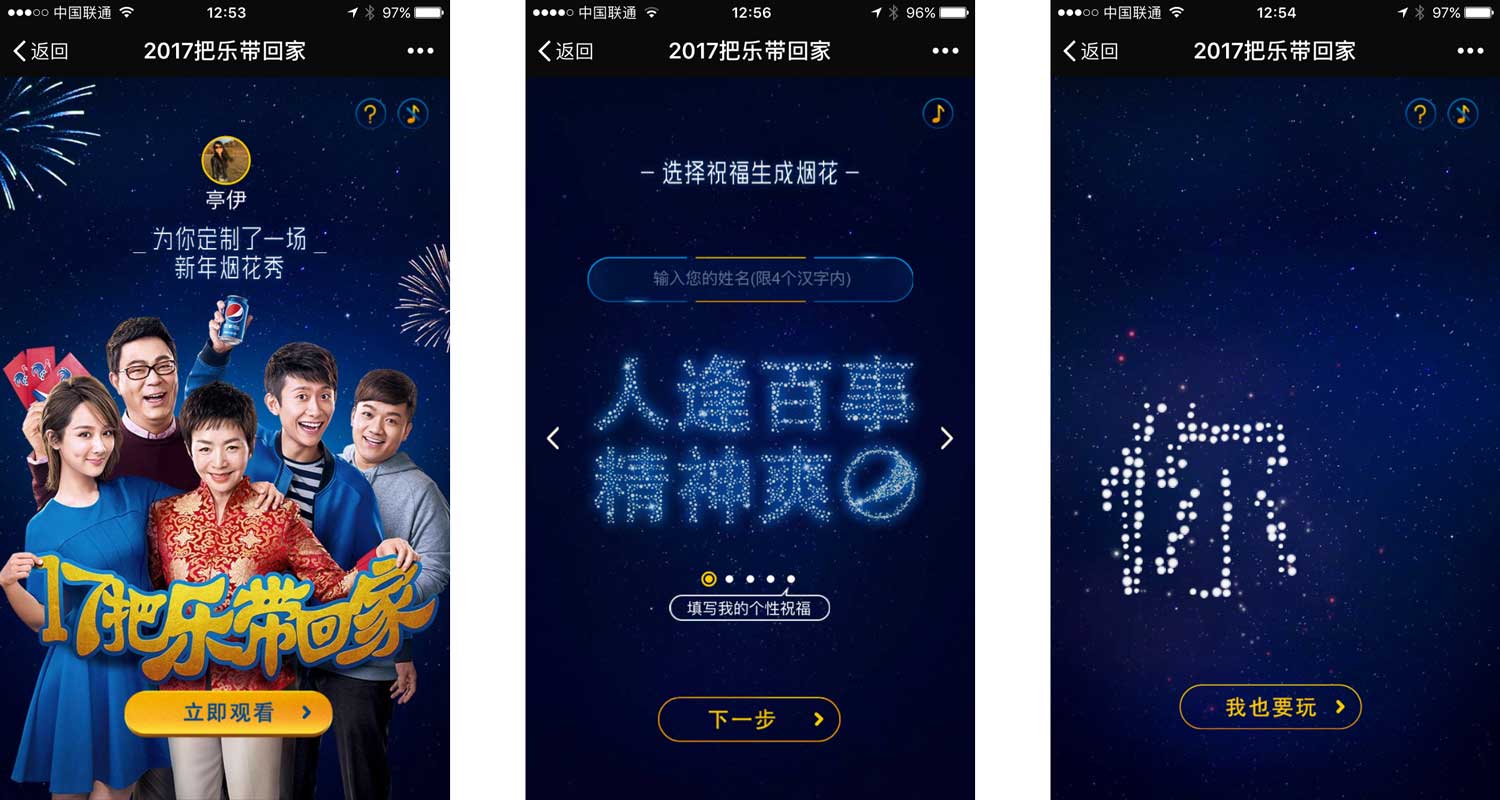 Through creative design, Pepsi has succeeded in attracting its audience.

The hosting campaign was an innovative idea based on Chinese tradition.

It was easy to use and share, so it spread very quickly.

With the game, the brand created an addictive and little-marked tool.

• An H5 game with a cock : this simple Chinese style game “Flash-style” invites you to 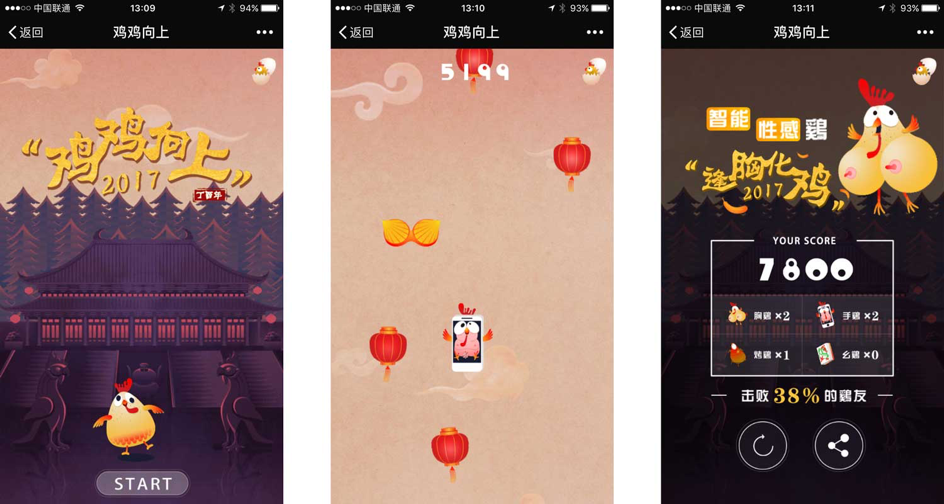 score as many points as possible by helping a chicken jump from platforms to platforms.

If your brand is not on Wechat in China then it will be difficult to retain and operate word of mouth.

Contact us for more information about Digital Marketing Campaign in China.