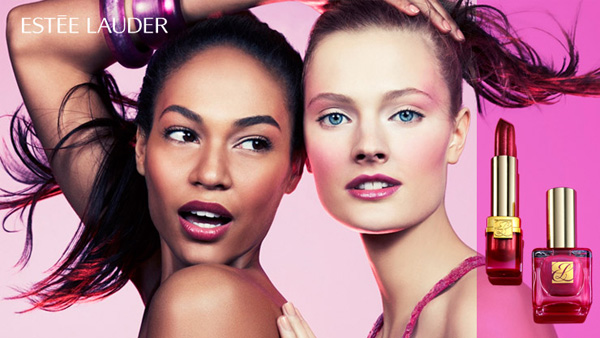 Estée Lauder is one of the brands with the most digital presence in China.

Definitely, Estée Lauder has developed an efficient digital strategy in China due to its strong social media presence, its sophisticated digital marketing strategy and its large presence on search engines.

In addition, the brand has integrated mobile platforms in its marketing strategy. As opposed to many of its competitors, Estée Lauder has developed mobile-optimized versions of its brand website. Estée Lauder owns different brands such as Origins, Aramis, Bobbi Brown, Clinique, M.A.C., Aveda, Aerin, Smashbox and many others. Each brand has its own social account and strategy.

In order to drive its growth in China, Estée Lauder has employed several strategies, including e-commerce initiatives and creates social media accounts with the aim to improve the relationship with its customers.

Over the last years, the beauty brand has expanded its social presence from three to six platforms and is maintaining a strong presence across each platform.

Estée Lauder has developed its own multimedia zone on Brand Zone. Through this tool, the beauty brand occupied the majority of the first page and therefore has a big presence on the most prominent Chinese search engine : Baidu.

Estée Lauder has customized its own space with attractive images, short animations and titles in order to captivate a large amount of users.

Brand Zone ensures to brands a great visibility, that’s why Estée Lauder has invested in this powerful yet very costly tool only the biggest companies can afford.

Estée Lauder currently has nearly 41,000 followers on Weibo. The brand’s followers are from different age groups and its strategy in Weibo is focused on sharing details of the products rather than marketing in order to drive the traffic to the e-commerce site of the brand, as reported by Anne Wu, Estee Lauder’s public relations manager. In addition the beauty firm uses Weibo to collect customers’ feedback about the new products of the brand.

Estée Lauder has launched many campaigns on Weibo. For instance, the cosmetic firm said it would not let its fans remain single the 5月20日, 20th of May that has another meaning : 520 sounds like I love you in Chinese.

So the brand created a campaign to encourage its followers to make confessions to those they love that day . The participants had the chance to win a free product.

Through this microblogging platform, Estée Lauder has been increasing its brand’s online visibility and its brand awareness.

Estée Lauder is currently on Wechat, and uses the platform often to develop sweepstakes and engage users socially.

The American brand is constantly launching new campaigns on WeChat along the year and also encourages its fans to share the content for further involvement.

The growing popularity of blogs has derived in an impact on the promotion of beauty brands. Many bloggers has created video channels focused in beauty products which have attracted million visits.

Through this advertising on blogger videos, companies have the chance to use user-generated content on their own video channels for the brand’s benefit.

Estée Lauder has taken advantage of this phenomenon and has partnered with the blog called Cupcakes and Cashmere in order to connect with younger consumers.

In May, Estée Lauder launched its online Tmall store and its first day was a success, according to the figures. For its first day, the number of transactions reached up to 7,941, representing around 2.69 million yuan.

In addition, during past June the revenue of Estée Lauder’s Tmall flagship store was 10 million yuan.

Thanks to Tmall, the brand has expanded its business across China and its sales have rapidly increased. The e-commerce has become a priority for the brand.

Those are some of the digital strategies that Estée Lauder is carrying out in China. Thanks to its creativity and its constantly presence online, the brand has become one of the most popular firms in China.