Why China’s future is green? 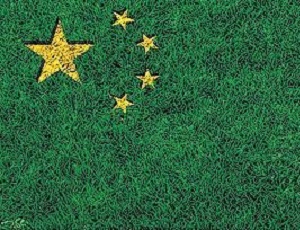 It is the second largest economic power in the world, but the world’s biggest polluter.
Today, Beijing smog is as much associated with the Chinese capital as the Forbidden City and ecological problems whose pollution have become the first motives for popular uprisings.

In the face of disaster, power is given the means to act.
China has just signed a climate agreement with the United States and now wants to be as efficient on the environment as it has been economically.
China is now the world’s largest polluter. 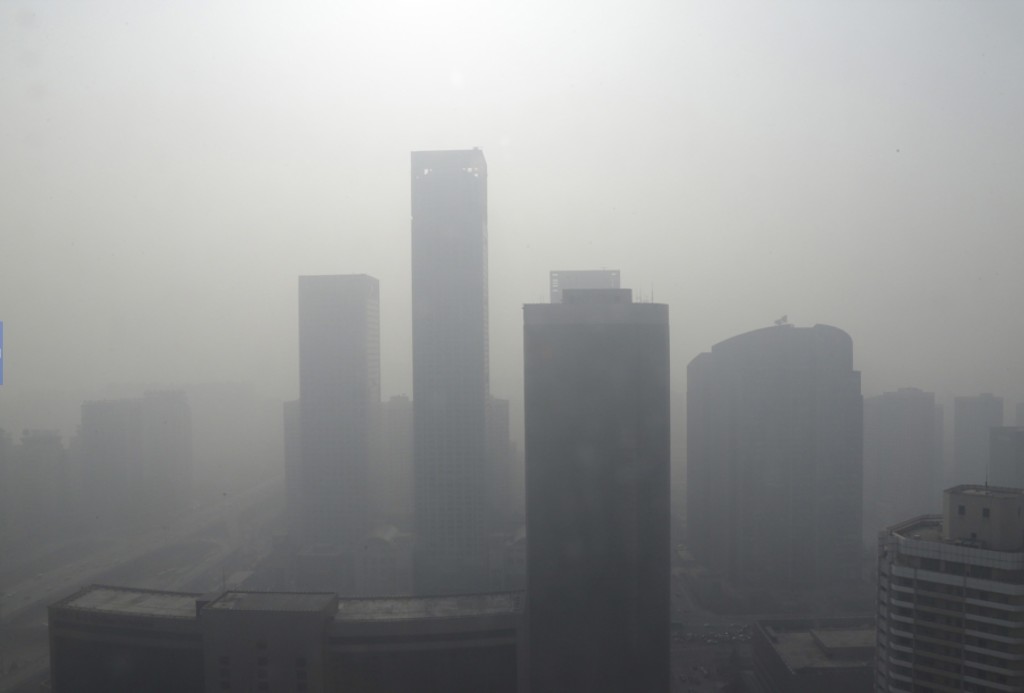 Every day, 4,000 of its inhabitants die of the consequences of this ecological catastrophe. A frightening statistic. At the level of the most populous country on the planet.
It is now confronted with a crucial choice: to pursue its economic development in a blindness guilty for all mankind, to the detriment of all environmental consciousness. Or accomplish a “green” leap as gigantic as it has been able to achieve to become the 2nd economic power of the world.
COP21 has shown that the empire of the environment has now become aware of the turning point to be accomplished. And has already begun its transition.

Prime Minister Li Keqiang announced that China will reduce its steel and coal production capacity in the coming years. It shows the government’s desire to reduce the use of fossil fuels to restructure the country’s economy.

China has experienced very strong economic growth. In 30 years, it has seen its per capita income multiplied by four. A record! This ultra-fast explosion is a unique case in the history of mankind. On this basis, it can develop clean energy more quickly than any other country. If it can afford it.

The world’s first greenhouse gas emitter, it is now also the leading producer of solar energy. As the world’s largest consumer of coal, it already has the largest wind power on Earth.
She knows herself capable of the worst. 450 villages, whole families, are decimated because of real epidemics of cancers due to spills of toxic products by the factories located nearby. But the best is still possible. Alongside these environmental aberrations, eco-cities flourish throughout the country.

Intensive farming has led to the depletion of groundwater, which resembles China in the Sahara. But at the same time, it has embarked on a vast reforestation project called the “Great Green Wall”, doubling its forest cover.

Cars that do not comply with anti-pollution standards are a scourge throughout the country but China could soon become the world’s leading market for electric cars if it continues its momentum. To her ills, she now seeks a remedy.

The middle empire is asphyxiated but wants to breathe again and has therefore already begun its ecological revolution. Nothing is white or black in this country that sometimes frightens

Behind this pharaonic project is China Minsheng Investment Corp, a company founded only two and a half years ago.

Supported by generous subsidies, solar power plant projects have multiplied in China in recent years. In the first half of 2016, nearly 20 GW of solar capacity was installed.

This is the level of production that France hopes to achieve in 2020. 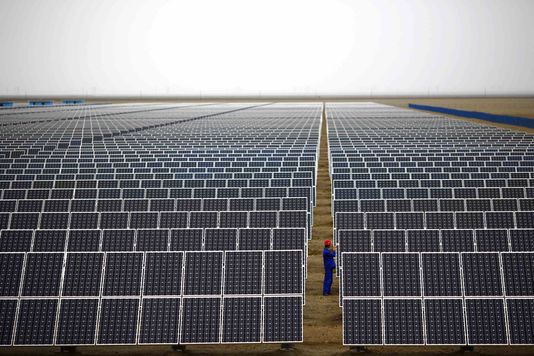 For the authorities, the calculation is simple: faced with record air pollution levels, China must reduce its dependence on coal. At the same time, thanks to an aggressive industrial policy, Chinese companies dominate the market for the production of solar panels.

Of the top ten world producers, six are Chinese. Installing more solar panels meets both a goal of energy transition and industrial development.

WHAT DOES CHINA PUSH TO BE ALSO VOLUNTEER?

1.The country suffocates
First and simply because the country stifles in a cloud of pollution.

The concentrations of fine particulate matter in the air reach alarming levels in large cities. Chinese smog would kill 1.6 million people each year, according to a study conducted by the California University of Berkeley.

That is 4,000 deaths a day. One out of every six premature deaths in the country. Logically, the ecological issue quickly became inevitable.

Especially as Chinese civil society, marked by these episodes of pollution, is increasingly aware of climate issues.
The repeated scandals linked to the chemical, textile industry, in agriculture with enormous pollution of the air and water, not only shook the peasants, often the first victims. The middle classes, the main basis of power, are beginning to protest.

People are not the only ones who complain about the country’s ecological disaster. Suffice to say that air pollution is fleeing investors.

In a context of economic downturn in the country, China has clearly understood that betting on renewable energy could make it big.
Starting from scratch, the country is today the world’s largest investor in solar and wind power. According to the International Energy Agency, China should double the European Union, the United States and Japan together in terms of investment by 2035.

In 2014, the government spent $ 89.5 billion on green energy, a dramatic increase of 32% in one year and “one-third of the investment in renewables in the world;

Lastly, it was no less evident to the Chinese leaders that the climate issue could place them as a major player on the international stage. And thus to put itself on par with the United States, great rival power.
Being at the forefront on the climate issue will inevitably improve their image in the world. This has never been the primary goal of Chinese diplomacy, but it tends to become so as the country becomes more important. It is an affair of radiance.

Their goals are ambitious.
China’s latest five-year plan foresees a 15 percent reduction in energy consumption by 2020.
She intends to do this by changing the way people feed their homes and vehicles. Success will largely depend on changing public attitudes to consumption and will encourage communities to adopt new energy efficiency standards.

As in Europe and the United States, government subsidies have been an effective driver of small-scale, low-carbon, low-carbon power generation in all regions of the country.

In August 2013, Chinese leaders presented the first grants to support solar installations on the roof. Consumers are entitled to a 20-year subsidy of 0.42 RMB ($ 0.06) per kilowatt-hour (kWh) of production on roof projects. In addition, project owners receive about 0.43 RMB per kWh of the state grid for any additional power they generate.

Many cities in China offer additional subsidies to further stimulate the development of the solar sector.
In Shanghai, the municipal government offers a surplus of 0.4 RMB per kWh over a five-year period.

The only policy that is responsible for the biggest change in people’s everyday choices is the electric vehicle (EV) support program.

The EV Grant Program offers additional financial benefits.
He saved them 60,000 RMB on the purchase cost, which was tax-free.
It also allowed them to obtain a highly valued license plate from Shanghai, while traditional car owners have to pay a very expensive license plate.
The rise of community-led car purchase cooperatives is one of the most interesting trends to emerge from the green lifestyle movement in China.
In many flourishing cities, the shared economy, facilitated by telephone applications such as Didi, arrived before the popularity of the car.
This is likely to have a profound impact on the notions of automobile ownership, which evolve separately from those of the West.
In China, people can expect to drive a car one day, but not to own it.
There is also the emergence of a new aspiration of the middle class which considers EVs as a symbol of status.

The growing appetite for information on renewable energies and how to apply it at home is striking.
Now that government policies are in place, it is time to enlighten community leaders who educate people on how to harness the new technology on the ground.
“People want to learn but do not know where to start.”