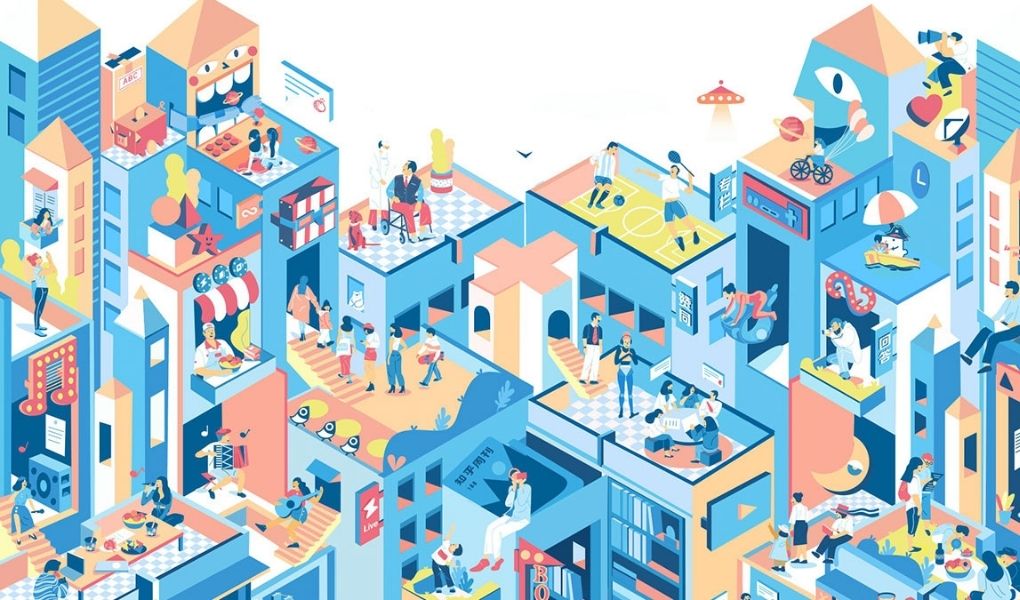 In Chinese, “Zhīhū” (知乎) means “Do you know?”. The site was launched in 2011, as a question-and-answer site where users could create, answer, and edit all kinds of questions. Zhihu is the Chinese version of Quora, valued estimated at more than $2.5 billion.

Zhihu is not the first question and answer platform in China. Before there was Baidu Zhidao, Soso Wenwen, and Sina iAsk, but they all ended up seeing their notoriety decrease over time, which is not the case of Zhihu which gathers a more “serious” community where people interact on issues based on their own experience and insight.

Zhihu marketing is way more sophisticated than social media one

Zhihu opened the platform to any institution in July 2016. Any organization, including brand owners, or even the media, can open an organization account as long as it meets Zhihu’s registration requirements.

You might think that for the brand, this is similar to opening a Weibo or WeChat account, but it is not. The operating strategy of Zhihu’s platform focuses on interaction, answering questions, and winning the favor and trust of users, instead of Weibo and WeChat’s operating strategy that focuses on publishing content.

Almost everyone who works in public relations knows that it is difficult to do marketing on Zhihu. For example, the content you post can easily be officially recognized as an advertisement and deleted by the platform. Due to Zhihu’s strict review of marketing content and its special attributes as a question-and-answer community, for PR, it is difficult to copy the strategies on Weibo marketing directly.

Although the strategies are different, the operating ideas of new media are the same. Let me explain it. In the era of decentralized social media, brands must have their own channels and positions to communicate with their audiences. Being omnipresent is becoming a must in the new marketing era.

The positions in the traditional sense have shifted from official websites to Weibo and WeChat, while official new media positions have extended to platforms like Zhihu, Linkedin, and Toutiao.

Those platforms play a role in content distribution on the one hand, and more importantly, it is the most cost-effective marketing method to create topics based on the attributes of each platform in order to communicate with users directly and become KOL to be more influential.

How Zhihu created a qualitative community?

It should be noted that the first users of Zhihu went to the platform by invitation and not by registration. They belonged to the social elite as lawyers, independent consultants, entrepreneurs, computer engineers who were eager to share their specialized knowledge and acquire others in return.

Zhihu has directly set the bar very high for his community of users, the answers that get the most votes are the most popular, and they are not ordered chronologically. The reliability of the users is guaranteed.

The profile of Zhihu users

The users of Zhihu have a lot of knowledge, they are eager to learn, to increase their general knowledge. They belong to an elitist or middle and affluent social class.  53.3% of Zhihu users are men and 78.2% of its users are 25 or older.

These Internet users are promising consumers, they have a high income and a high level of education. They consume a lot and according to the site, 30% of users earn more than RMB10,000 per month or more than $1,491.

Among Chinese Internet users (829 million at the end of 2018), 8.4% are considered as consumers with high purchasing power. As for Zhihu, it is 20% of its users.  For many brands, the customers they want to target are on Zhihu. Zhihu is an ideal place for content marketing, it allows you to benefit from free referencing and create a good brand image in the long term.

Benefit from a free referencing on Baidu

Each time a keyword is searched on BAIDU (Chinese Google), there is always the Zhihu site that appears on the first page (SERP). In this sense, a brand present on Baidu can benefit from referencing and appear on the first Chinese search engines for free.

This is due to the reputation and high domain of expertise that the platform has acquired on the main Chinese search engines such as Baidu and Sogou. Indeed, its recognition is comparable to that of a federal government website.

Weibo and WeChat (the main Chinese social networks) are very good at spreading information that will become viral and generate a lot of excitement in record time, but they often fall back just as quickly.

Which is not the case with Zhihu. Thanks to its voting mechanism, qualitative and popular content can last over time. Many brands can get a vote on messages/responses posted in 2011.

Creating a brand image that will last over the long term is possible on this platform.

A “new” place for marketing in China

It is possible to have a company account on Zhihu. In this way, it allows interaction and communication with users. Similar to a LinkedIn account, you can build leadership by answering questions and interacting with followers about Zhihu. It is also possible to write articles on the Zhihu blog, but only the best articles will be selected and published on the platform.

While a good position on Chinese social networks is essential to develop its activity on the market, we must not neglect its e-reputation, which is just as important for Chinese consumers who don’t trust brands they do not know.

Creating an account on Zhihu, being present to answer questions and interact with your community increases both your visibility and your brand image and reputation. Moreover, Zhihu classifies questions of the same category, meaning that brands can do content marketing in specific groups of questions to target their audience.

Zhihu does not match all brands

It should not be forgotten that the Zhihu community was originally composed of independent social elites with critical analysis skills, so direct sales do not correspond to the spirit of the community.

Companies likely to succeed in Zhihu:

Zhihu’s founder is a computer professional and the core user group itself is composed of many computer engineers, making it a platform well known to geeks.

So, if IT is part of your field of activity, you can try to expand your business on this platform and reach your target audience.

In Zhihu there are also many Chinese entrepreneurs looking for information on business services offers, such as HR, market research, law, etc. If you have expertise in certain areas, you may be inclined to capture their attention.

3. Brands that already have a certain notoriety

Zhihu is an ideal platform for brands that have already acquired certain notoriety and recognition among the public.

Audi has successfully conducted a series of marketing activities on Zhihu: since their arrival on the platform in July 2016, they have asked 4 questions and answered 22 others. Most of the responses were consulted more than 100,000 times.

The first question was “Why is Audi called a lighting factory? ” With a combination of professionalism and humor, they have not only positioned themselves as experts but also as a “fun” brand.

Recent research on the platform shows that health and fitness are one of the users’ favorite interests along with movies, travel, reading, and photography. Wellness and health-related activities may therefore be of great interest to Zhihu users.

Zhihu is a suitable platform to extend its brand awareness and reputation in China, by creating serious conversations. This will allow brands to gain authority and attract new customers, but it will take time.

On the other hand, Zhihu, is not the right place to increase its sales in the short term because its users belong to wealthy and highly intellectualized social classes with a strong spirit of critical analysis. They are attracted by the history, image, and reputation of a brand that stands out from the others.

The platform itself is not sufficient to promote a company given its long-term reward attribute. Appearing on the main Chinese search engines is a good way to generate sales leads,  promote and increase consumer awareness through external links that users can share on the platform.

The company account on Zhihu is not the only way to set up your company on the platform. The company account is not an argument of authority for consumers and users are more or less strongly opposed to direct sales on the site. The best way to convey a message about Zhihu is to make the CEO a Key Opinion Leader and create an account on the platform.

Generating useful content is a plus for marketing on Zhihu. The users who make up the Zhihu community love innovative, qualitative, and professional content that they cannot get through other media.

To do this, you can surround yourself with an internal team or an external agency specialized in the Chinese market and the Chinese language, to generate content for you on the platform.

GMA: a great partner for your Zhihu Marketing & China Success

Gentlemen Marketing Agency is a Shanghai-based digital marketing agency that helps foreign brands establish themselves in China by offering you marketing strategies tailored to your needs and targets.

Our team is up to date on all the latest marketing trends in China and uses all the most effective digital tools to promote your business in China.