How Can Beauty Brands Leverage Live Streaming in China? 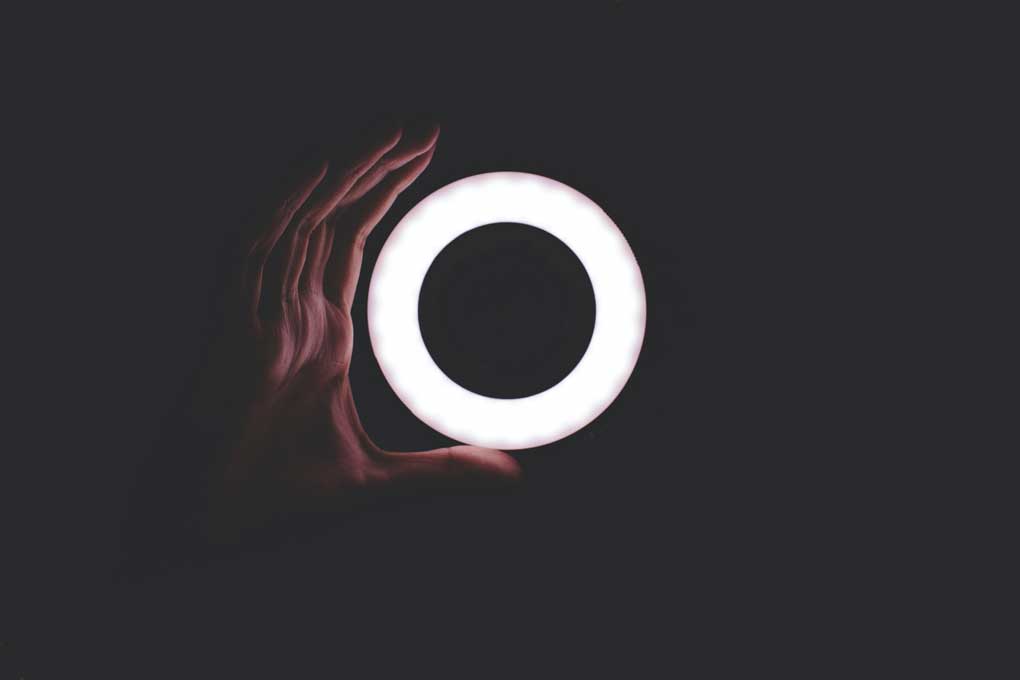 In today’s digital age, live streaming has become one of the most popular and powerful tools for marketing and promoting a brand. And when it comes to doing business in China, live streaming is no exception. In this post, we’ll take a look at how some of China’s top beauty brands are using live streaming to reach Chinese consumers and boost their sales.

Why is Live Streaming So Popular in China?

A live stream is a video broadcast that takes place in real-time. It has traditionally been used to broadcast live events but has begun maturing and diversifying in China as live streaming continues to grow. The popularity of live streaming in China has exploded over the past year. Today, more than 550 million people tune into live streams regularly, an increase of approximately 150 million just three years ago. A Livestream is largely a social media tool – the fundamental purpose of social media is to facilitate communication among friends both old and new.

There have been gaming platforms that have been around for years, such as Twitch (acquired by Amazon) and Douyu TV (supported by Tencent) in China. “Showroom” genre, where famous music stars and unknowns sing along karaoke-style to soundtracks or play their songs, has been popular for a long time. Businesses are finding alternative strategies that may work better for their brands despite China’s newly rich internet celebrities shattering their live streaming sales records.

What is social e-commerce in China?

Before we take a look a china’s popular streaming services platforms and social media, we need to understand the concept of Social eCommerce. Indeed china’s social e-commerce “market” has grown consequently in the last few years and is a common point you’ll find across the platforms we will be introducing you to below.

Live streaming has become one of the most popular online marketing strategies in China in recent years. Here are some best practices to help you get started:

There are a few things that beauty brands can do to engage with Chinese customers through live streaming. Some ideas include:

Many e-commerce brands have started using live streams to sell their products or to promote them in recent years, as live streaming has grown in popularity.

Alibaba’s Taobao and JD.com, two of the largest Chinese online shopping sites, now offer live streaming services: Taobao Live and JD Live, respectively. By promoting their products, popular influencers can help brands and shops promote their products. A video streamer displays products on the screen along with links that allow the viewer to purchase them as they are displayed.

Daigous (agents who import products from outside China for private consumers) can reach even more consumers with applications like Inke or Lai Feng. To facilitate the purchase process, shops and brands should create and broadcast their digital broadcasts, so that audiences become aware of the purchase at the point of purchase, and this leads to their buying pages.

How to leverage live streaming marketing in china to increase your sales?

What is live streaming e-commerce?

Live streaming e-commerce, also known as live commerce or Livestream shopping, is a burgeoning new trend in online shopping. Rather than simply browse product pages and read descriptions, shoppers can now watch live video broadcasts of products being demonstrated and reviewed in real-time.

This type of shopping combines the best of traditional e-commerce (convenience, variety) with the added element of social interaction (seeing, hearing, and talking to a real person). This makes for a more immersive and personal shopping experience that can help build trust and rapport between shoppers and brands.

live-streaming e-commerce in china, a little bit of history

Alibaba’s Taobao Live launched in May 2016, beginning a brand new chapter in the world of commerce. Retail giant Alibaba pioneered a groundbreaking new business model, combining an online Livestream broadcast with an e-commerce store, enabling viewers to watch and shop simultaneously. In just a few short months, live commerce became a fixture in sales campaigns for Singles’ Day, one of China’s biggest shopping events, and as a reliable digital tool for increasing customer engagement and sales. Alibaba generated a massive $7.5 billion in total transactions during its 2020 Singles’ Day presales campaign on Taobao Live.

With live commerce, an audience member can purchase a product instantly and participate in the conversation by clicking on a chat button or using a reaction button. Within five years, live commerce has transformed China’s retail industry and become one of its largest sales channels. Approximately two-thirds of Chinese consumers reported watching live streams of products in the past year, according to a 2020 survey. Even though retailers in the West are still far behind China in their pursuit of live commerce, early adopters are already seeing impressive results.

A Chinese skincare brand called Pechoin was the top-selling domestic beauty brand during the 11.11 Shopping Festival in 2017, with sales not far behind most top Western brands.

As impressive as it is for Pechoin to become a top-ranking brand during Singles Day, it is even more impressive that not so long ago this was not a brand that young Chinese consumers would consider purchasing. The company had failed to update its image since its founding in 1931, which led to its decline.

KOL marketing campaigns have been a major driver of Pechoin’s success in 2018, in addition to rebranding in 2017. These campaigns have worked to bring the brand back into the spotlight among Chinese females in 2018.

11.11 was a collaborative effort between Pechoin and four beauty KOLs. KOLs chosen by Pechoin were specifically selected because of their ability to “zhongcao.” Marketing campaigns in China have become known as “zhongcao,” which refers to planting seeds of ideas in the minds of consumers. In the 11.11 campaign, these four KOLs created high-quality content sharing their experiences using Pechoin products, encouraging viewers to try them out for themselves. For example, @C神SEASON published a post on Weibo describing her experiences using Pechoin beauty masks and showing the results. Several fans expressed their intent to purchase the product after seeing her article, which received more than 1.7 million views and 1,000 comments.

More than 143 million followers followed Pechoin on Weitao, Weibo, WeChat, Little Red Book, and Douyin during Single Sales Festival week, and the company generated over 160 thousand engagements on these channels.

2. Nars: Knocking it out of the park with Weitao KOLs

A brand new Tmall store was unveiled by cosmetics brand Nars in August 2018. Nars has been hosting regularly scheduled live streaming shows on Taobao Live with their professional makeup artists since opening the online store.

Several top Weitao KOLs endorsed Nars, including @-Hani月哥小海盗, @YunyUnyuN_你芸, @Janicekidd, @肉芸子 whose articles promoted the brand and video bloggers such as @鱼酱的美妆心得 and @甜颜 whose tutorials focus on makeup. As part of the festival, Nars collaborated with one of China’s top 10 beauty bloggers, @逢丁吉吉, to help announce her participation in Nars’ Chinese Valentine’s Day Beauty Festival on her Weitao account.

KOLs from Weitao all linked to Nars’ Tmall store after it launched on Tmall, and the Nars Tmall store already boasted 486,000 followers within a month.

The company XiaoHongShu, or RED, emerged in 2019 as a rather surprising e-commerce leader. The site gained a reputation for reliability and authenticity after gaining a loyal user base of young women who make up around 90% of its user base. The company has been praised for its reliability and authenticity, and its user-friendly interface has made it one of the most popular social e-commerce platforms in China.

A large amount of the content on this platform is user-generated, and the platform itself has been specifically developed for e-commerce. A live stream user who likes a product he or she sees can easily view it, purchase it, and have it delivered to their doorstep within a few clicks. On Xiaohongshu the live streaming is rather recent and open to both users and business accounts. Bonus: If you have a Xiaohongshu store, you can make the purchasing very smooth by linking directly to your store in the app.

Kuaishou is one of the most popular short video apps in China, with over 300 million active users. It’s a powerful tool for marketing your brand in China because it provides a way to reach a large, engaged audience with videos and photos. Kuaishou users are highly engaged and passionate about their interests, so it’s a great platform for reaching out to potential customers.

Kuaishou also happened to be Douyin’s main competitor in China on the short video market. Kuaishou entered the e-commerce game earlier than Douyin, giving the app a little edge. Kuaishou is more popular in smaller Chinese cities than in Douyin.

With Alibaba as the grandfather of E-commerce and its subsidiaries Taobao and Tmall on the vanguard, China has seen a boom in live streaming sales. During Single’s Day (November 11th) 2020, live-streamed sales exceeded $3 billion in less than 24 hours. During Estee Lauder’s Singles Day live stream, the company generated 28 million dollars in sales and attracted more than 500 million views.

There are a number of reasons why brands should use Douyin live streaming for marketing in China. First, with over 600 million MAU, Douyin is one of the most popular social media platforms in China. This gives brands a large potential audience to reach with their marketing messages.

The Douyin targeting algorithm is one of the finest out there. It is so good that the app quickly becomes addictive with a feed that is highly customized to each user. What does it mean? Find the right KOL to run a live-streaming session and they’ll be broadcasting to the right audience.

Douyin live streaming is highly engaging since it allows users to interact with each other in real-time. This can create a strong connection between viewers and the brand, which can lead to improved brand awareness and loyalty.

Lastly, just like Xiaohongshu or Taobao, and Kuaishou, Douyin has been working on developing its e-commerce feature and is putting the resources to become a popular place for customers to place orders. Really social e-commerce has reached a new high in China!

Want to get started with live-streaming marketing in China?

If you’re looking to get started with live-streaming marketing in China, the first step is understanding how this powerful communication tool works. Chinese social media platforms are dominated by live streaming, and brands that want to make an impact should be using KOLs to stream their content. However, it’s important not to rely on live streaming as your only marketing strategy – use it as a boost for brand awareness and combine it with other forms of digital marketing for the best results. Ready to give it a try? Contact us today and we’ll help you get started!