Korean cosmetics Brands take over the market in China 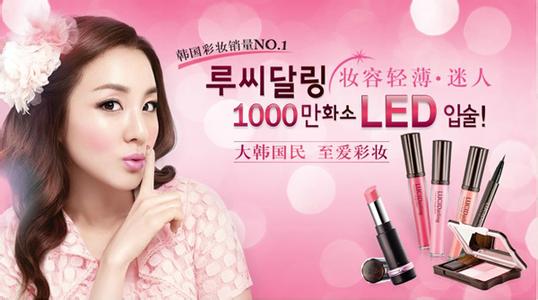 But despite the fact that these three leaders are competing to be the leader of the largest market, there is one market that does not equal the half of the Chinese market in terms of importance but whose products are wanted all over Asia. South Korean products are applied with joy on more and more Asian faces and especially the Chinese women’s faces.

Here is how South Korean products have become so popular in China:

Korea’s influence all over Asia

The country is known all over the world and more specifically in the Asian part. South Korean’s success is mostly based on two cornerstones:  its famous music style, the K-pop and the even more famous Korean drama series.  The main characters of the music bands or TV shows are idolized by millions of fans all over Asia.

Famous Korean actors, actresses or singers are taking part in numerous advertisements campaigns. Korean women are also considered as a standard of beauty across Asia. And as Japan women want to achieve doll-like look, by using contacts a lot of make-up and fake eyelashes, South Korean advocate a more natural look for themselves by using less make-up and more skin care products. South Korea therefore managed to create an attraction over the Chinese market. Chinese women are captivated by the beauty of the women they see in the Korean soap operas. Some Chinese women even want to have the exact same products they saw while watching the episodes of their favorite TV shows.  Korean brands who are managing to place their products on these programs are most of the time gaining a lot of visibility. The huge media coverage provided by Korean pop and soap opera stars benefits to the country’s cosmetics brands.  Especially in the Chinese cosmetics market that is perfectly open to foreign brands, given that it is controlled by them at 80%.

South Korea overpassed Japan as the innovation leader since its brand invented the all-in-one BB creams. These types of cream have everything in their composition to please Chinese women:  tint, moisturizer and sunblock. South Korean brands are now setting new standards for the skincare products market. They are eager to use new ingredients, and new types of textures.

Apart from their innovative image Korean brands are also seen as funnier than Western brands, their packaging and marketing campaigns are more appealing to Chinese women. They recently made products tailored for Chinese consumers in order to earn more market shares in the Chinese cosmetics market. Another advantage of Korean brands is their prices. They are lower than the ones of their Western competitors which also helped them a lot to win market shares in China. Chinese women from the middle class are therefore more and more willing to buy their Asian neighbor’s cosmetics products. A good choice of positioning for Korean brands since the Chinese middle class is of 150 million citizens but will welcome 500 million more people within the decade.  According to Euromonitor China’s middle class should reach the billion by 2030.

The Chinese cosmetics market is, for now, still dominated by foreign brands coming from Europe and the U.S that are benefiting from their well and longer established brand recognition. The French cosmetics giant L’Oréal, held a 34% market in the Chinese market and is thus last year’s leader. However Asian competitors are getting stronger, South Korean ones faster than other. South Korea has indeed the advantage of being considered as an expert when it comes to beauty in Asia. The country creates brands that are cheap, innovative, fun and therefore very popular.

Our Agency’s expertise to help you understand the Chinese market

Googleplus and This one