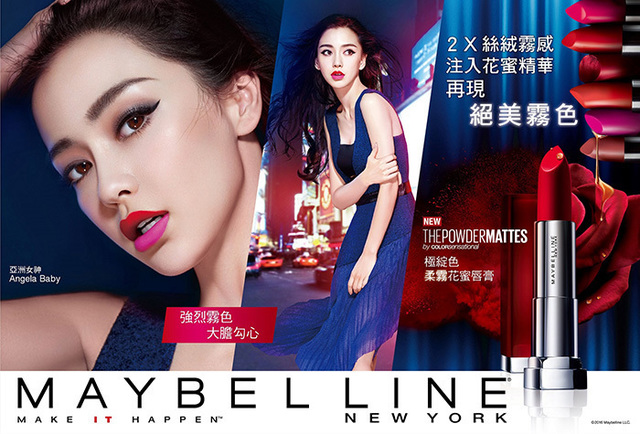 Celebrity marketing and KOLs (Key Opinion Leaders) are very powerful tools in China. Thanks to very good use of both KOLs and technology, Maybelline sold an impressive number of 10,000 lipstick products in two hours only! Their army of internet KOLs was led by the Chinese superstar Angelababy and was recruited to create buzz and involve local consumers.

Maybelline is a legendary global cosmetics industry pioneer. Present in over 90 countries and cities in the world, Maybelline has become the first one to target consumer women only. It’s range of products includes eye creams, skincare products, cosmetics, make-up, etc.

Maybelline entered the Chinese market at a relatively earlier stage, compared with other brands. Its formal entering took place in the year 1995. Now, it has thousands of outlets in over 100 cities in China.

Live-Streaming Was the Key

On the video-sharing app Meipai, Maybelline promoted a live internet stream of Angelababy (a very famous Chinese model, actress, and singer) and internet celebrities (locally called “Internet Reds”) trying and choosing new lipstick products from Maybelline. The show was called “Make it Happen”, and was mainly themed around the announcement of Angelababy becoming the brand’s ambassador in China.

As different celebrities tried and talked about the new lipstick products, consumers could comment on the content via a live message board with Meipai. A direct link embedded in the video stream directed consumers to the Tmall site of Maybelline, where they could purchase the products for themselves.

To create further engagement, participating celebrities and KOLs used VR headsets to record their experiences, which they then posted on their own Meipai accounts. Through their VR headsets, celebrities could share their virtual experience of New York with viewers of the event.

To aggregate the VR experiences of the celebrities during the event, Maybelline created a special HTML5 page within their WeChat account, keeping all interest on their brand and new product, throughout the event.

To conclude, Maybelline is an example of a brand that understands how technology and KOLs are important to sell its products in China. We can compare it to Givenchy and its 1.2 Million RMB’s worth of merchandise sold in 12 minutes on WeChat, with the help of a KOL.