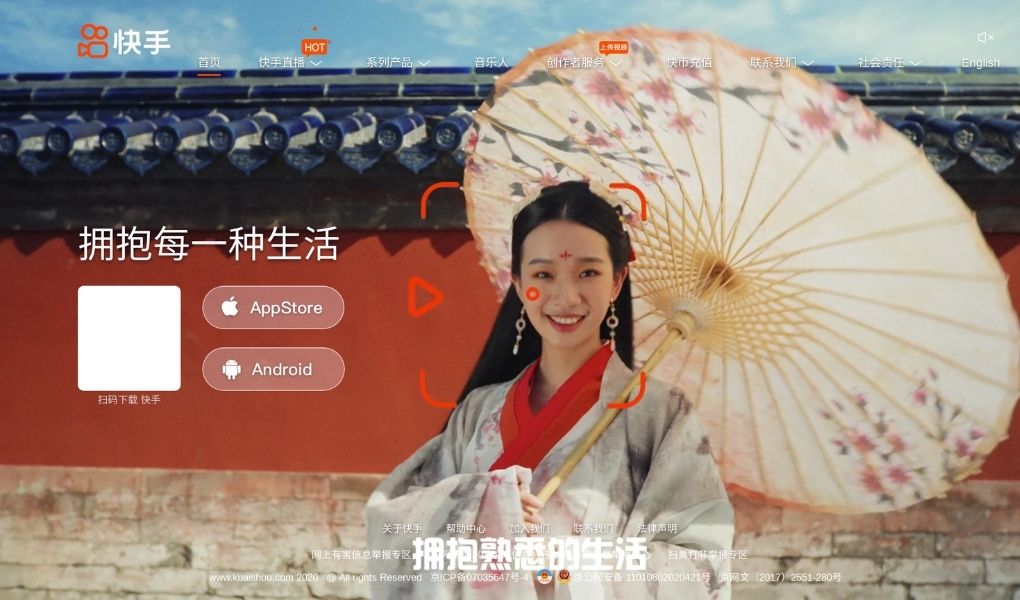 With the improvement of living standards, Chinese people pay more and more attention to their own health and skincare and are willing to spend more on their own personal care investments. The awareness of skincare continues to increase, which promotes the rapid development of the skincare industry.

The sales channels of China’s skincare industry are still dominated by offline channels, accounting for 75.4% of sales. In the past three years, the e-commerce channels and social media have gradually merged and created a new selling channel for skincare products.

Douyin, the Chinese version of the popular short-video sharing app TikTok, is an application created by the Chinese behemoth ByteDance in September 2016. As of August 2020, the App has hit 600 million daily active users.

The application allows the production of creative videos (production, music, editing, and effect). Douyin is taking another big step towards e-commerce. Now any user who uploads more than 10 videos can create a Douyin Store to sell products while in 2018, the requirement was to have over 8,000 followers in order to launch a store on Douyin.

The top three kinds of products sold on TikTok are women’s wear, cosmetics, and food/beverage.

Kuaishou is a Chinese video-sharing mobile app. Kuaishou’s predecessor, GIF Kuaishou, was founded in March 2011. GIF Kuaishou was a mobile app created to make and share GIF pictures. In November 2012, Kuaishou transformed into a short video platform where users can record and share videos about their everyday lives.

By 2013, the app’s daily users reached 100 million. By 2019, that figure had surpassed 200 million. According to a report released by Kuaishou, its daily active users had exceeded 300 million in early 2020, and there were nearly 20 billion videos in Kuaishou App.

Kuaishou’s users are pursuing cost-effective and practical products, and e-commerce on the platform is relatively mature. According to the 30-day hot sales list of Kuaishou, food and beverages, personal care, and women’s wear accounted for 63.3% of the total sales and products about 30-50 yuan accounted for the largest proportion, followed by goods below 30 yuan and 50-80 yuan.

How to sell cosmetics on Douyin and Kuaishou?

Douyin and Kuaishou are both short-video sharing platforms, and the ways to sell products on the two social e-commerce platforms are quite similar. There are three main channels to generate transactions as follows:

For opening an online shop on Douyin and Kuaishou, brands should follow the requirements to submit the corresponding materials and pay the amount of deposit. After the platforms verify your authentication, then you are allowed to sell products on online shops. Anyone who has an account on Kuaishou can open an online store.

Sell Cosmetic in China with Live-streaming

Live-streaming e-commerce is must the hottest selling way in today’s China. Even real estate can be sold in this way. All the tech giants have been engaged in this new commercial model, for example, Alibaba, PDD, and including Douyin, and Kuaishou.

Both Douyin and Kuaishou have e-commerce live-streaming e-commerce functions. After starting Douyin live-streaming, you can promote your products in the live-streaming room. Douyin will inject traffic into your live-streaming room through short video recommendations. You can put links to platforms such as Taobao, Tmall, JD, and the audience can directly click the product link to complete the order on the corresponding platform while watching your live stream.

Short-video works in the same way as live-streaming

You can also put links in your videos to promote products. Short video e-commerce is weak in interaction than live-streaming way, and it focuses on combining various scenarios to show products functions and qualities in detail.

Actually, the grass-planting (In Chinese “Zhongcao”-“种草” meaning to recommend and make viewers put a product in her wish list) value and exposure value of short video e-commerce is greater than the conversion value. Fans mostly buy products based on their trust in their favorite KOLs, and during the live-streaming, more impulsive consumption can be generated to bring in a higher conversion rate.

Short video e-commerce is more likely to sell products that are in rigid demand with high recognition, and relatively price-insensitive, such as household goods, toilette papers, and home cleaning products.

To conclude on Kuaishou vs Douyin for Cosmetic Brands in China

From the current e-commerce on short video platforms such as Douyin and Kuaishou, we can see that compared with the traditional marketing model, the use of short video or live streams can help goods to achieve the viral transmission speed and fully utilize the advantages of the Internet. What’s important is that in a fast-paced lifestyle, social media and those short video-sharing platforms are playing an essential role in modern lives and people are spending so much time on it.

Moreover, compared with a large amount of manpower, capital, and energy invested in traditional advertising and marketing, those short video-sharing channels have a lower barrier to entry and the cost is relatively reduced, and with the big data, the results are more concentrated on targets. Another obvious feature of the new model is that the data and analysis of the effect of video transmission are easy and quick to get.

GMA is an expert in the Chinese market and Chinese digital marketing. We have been assisting businesses to operate on Douyin and Kuaishou for a long time and have accumulated a lot of experience. From all these years of work, we mastered the rules and have many contacts with high-quality KOLs in China. Feel free to contact us with any questions.