The rise of Chinese students in Australia 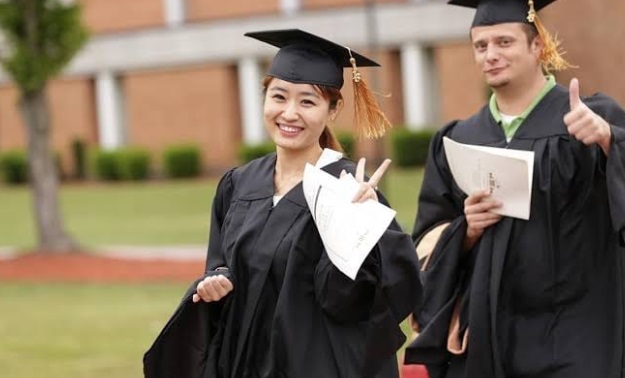 Chinese Parents are not allowed to have their kids study english in China due to regulation and oversea education will be more popular than ever these next 5years.

Education is no longer as it used to be where students could only receive education from their native country. Now it’s possible to travel abroad and continue with studies. What happened since the Covid-19 pandemic?

UK is the favoured education destination for Chinese students surveyed about their overseas study plans, followed by Australia, the US and Canada
The pandemic and policies targeting Chinese students are among concerns but parents don’t appear worried about the situation and willing more than ever to send their kids to study oversea when the world will be back to normal.

Studying in Australia for instance has been a common trend lately thanks to the excellent education system, friendly nature and a high standard of living.

Chinese students of late are moving to Australia in pursuit of knowledge since they understand its only education that can help come up with solutions in the modern world where everything is becoming tech-related.

Currently, international education is a significant sector in Australia and is the country’s third largest export.

However, china is now investing in higher education whereby the government spent $222 billion in 2016 to support new systems that enable growth of the education sector.

The china government has since then been spending money to build world-class universities and top research facilities to lure students from all over the world. The government’s efforts are making it hard for Chinese students to move to Australia and the numbers are no longer has high as they once used to be.

Number of Chinese students in Australia

Studying in Australia has always attracted many foreign students and it’s no surprise to see many from china travelling to further their studies there.

Currently,Australia’s international university enrolments are comprised of a third of Chinese students. This makes up quite a large number considering that Australia houses so many international students.

Last year alone China had 125,000 students studying in Australia and 60% of them happened to be at Group of Eight Universities.

Australia has become one of the most preferred destinations for students who are looking to study across the globe. Studies and Data shows that Australia is the world’s number one location of international students. In 2019 over 600,000 Chinese students went abroad to study. Although the higher education sector in Australia is going from strength to strength, many Chinese students are still choosing to study abroad. Here are some of the reasons why:

Why Chinese students opt to study in Australia

Whenever you think of Australia the first thing that comes to your mind is koalas, kangaroos, and clean air and water. However, Australia is so much more than just the physical attractions it provides one of the best education systems in the world. The following are some of the reasons many Chinese students decide to carry out their studies in Australia:

In most scenarios you find that qualifications from most developed English-speaking nations, Australia being one of them are highly respected. Once the Chinese students get back to their home country they have a competitive edge over those that chose to study in china. Landing jobs becomes much easier for them.

In China the number of top universities is not as high as that of Australia. As a result, Chinese students compete for the limited number of places available and those that can afford travel abroad to further their studies. Australia provides the perfect learning environment for Chinese students and that explains why there are so many of them in Australia.

One of the main reasons that international students opt to carry out their studies in Australia is that there is a wide variety of courses and degrees to choose from. It becomes very easy to find the right school that can be of help to their chosen career path and that’s why most students going abroad for education opt for Australia amongst other destinations.

Cost of studying in Australia

Australia is a popular study destination and hosts more than 600,000 international students. Studying in Australia comes with a cost though. There are living costs as well as tuition fees that students have to equip themselves with. For those planning to study in Australia will need approximately AU$20,290 (~US$14,600) yearly to cater for their living costs.

The tuition fees for studying in Australia vary depending on where you study and the course undertaken as well as your studying level. For international students including those from china, the average tuition fee for those in undergraduate programs is around AU$30,840 (~US$22,170) as of 2018 while that of postgraduates is at AU$31,596 (~US$22,700).

The above figures do not however include high-value courses like veterinary and medical degrees.

Australia has been for a long time known for its world-class education system and China represents the largest percentage of its international students. The following are some of the top reasons why it is important for Australian universities to attract Chinese students;

Studying in Australia means that international students will have to incur both living costs and tuition fees both of which help generate revenue. It’s no wonder that the education sector contributes to the Australian economy significantly and is the third-largest export.

Most international students coming to Australia return to their native countries facilitating several alliances on different fronts. Australia is able to gain a vast network that improves its relationship with china. Also, the students that get to remain in Australia after graduation promoter better ties between the two countries.

Australia provides one of the best learning environments and there’s no surprise to see most Chinese students opting to further their studies there. The Australian government has invested heavily on building some of the best universities in the world to enable learners to have quality education and take their careers to the next level.

Universities in Australia now rank quite highly on global rankings and it’s hard for one of their graduates to stay for long in the job market before finding employment. With some of the best education systems in the world, Australia provides a great solution to Chinese students who want to further their studies.

Designing the right strategy for this market is the key to success. We are an agency specialized in digital and we have worked with many companies in educational sector. Our Marketing-China website is intended to be informative and useful for professionals wishing to develop in China.

For more information, see our previous articleson the subject: