Wechat the indispensable tool for the life of the Chinese 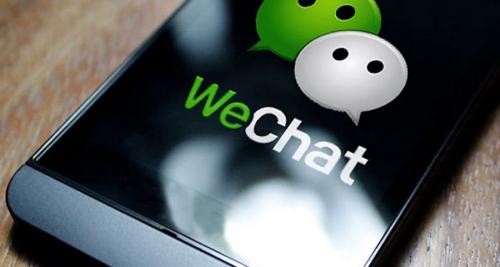 Today, the phone has become an important part of Chinese life and they communicate much via electronic tools. The Chinese are increasingly riveted on their smartphones whether in the subway, street, restaurants, bars, movie theaters … from toddlers to octogenarians, swimmers to the pool to deliverers on their scooter …

They send messages, share moments while watching videos, play games online … but what application? They use Wechat, the most popular social media application in the Asian country.

Launched in 2011, WeChat is a free social media application developed by the Chinese company Tencent.

It is instant messaging on mobile with multiple functions and remains a social network impossible to circumvent for the visibility on the Chinese web. Originally, the instant messaging application was known only under its Chinese name Weixin.

Unlike its counterparts like Facebook, or Twitter, WeChat is a closed network. In other words, only the relatives of a user can see what it shares, making the shared information more credible, thus very effective for the dissemination of information from the public account of the marks.

The Chinese Internet is nevertheless closely supervised by the authorities, which exercise strict censorship, prohibiting access to social networks Facebook, Instagram, and Twitter, as well as the Google search engine. As a result, users spend most of their time on strictly Chinese applications. The number of WeChat users keeps increasing year by year, whether they are private users or major brands.

What is Wechat used for?

Wechat is basically a messaging application for both entertaining and working.

Users can send text, photos, videos, and voice messages from their smartphones, or even locate their contacts by shaking their devices. Unlike Whatsapp,

WeChat not only serves to send messages, texts, videos, voice messages, make calls, and videos. Indeed, WeChat is a multiservice platform where users are driven to consumption.

Wechat is a means of payment for users in stores: no need for a credit cards or cash. You can pay directly and safely.

WeChat has also developed in recent years to become a means of payment for online or offline shopping, renting public bikes (by scanning the QR Code built in the bike with its Wechat mobile scanner), or taking Taxis.

This saves a lot of time.

It is effective in promoting products. In addition, unlike social networks, corporate messages will be more targeted and more likely to be read.

It is also a way for the consumer to follow the latest news from the company.

In addition, the customer has the possibility to contact the brand directly through instant messaging and offer him vouchers, for example, he will then feel privileged.

WeChat allows many brands to sell their product.

The sellers manage their shops, their orders … But the payment process is supported by WeChat Payment.

The application is open to companies that have an official WeChat account and have subscribed to WeChat Payment.

WeChat has thus become more than a mobile application but a social, exchange, e-commerce platform that touches all sectors.

For many Chinese, everyday life would become inconvenient without WeChat

WeChat also allows foreigners who live or visit China to communicate with their families and friends at home.