When the Chinese convert to coffee 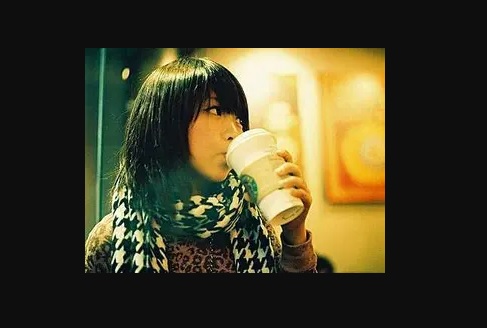 According to the market research company Euromonitor, coffee shops will experience the largest increase in sales in the Asia-Pacific region over the next five years and China is expected to account for 60% of this increase.

The coffee market in China

Coffee was introduced to China by French missionaries in the 1890s in Yunnan province in southern China. During the following century, coffee consumption in China was not very successful.

But as is often the case in this booming country: the coffee market has changed very quickly in recent years.

Once famous for its tea, the Pu’er region has become the new Chinese coffee capital. Now the country produces as much as Kenya and Costa Rica combined and is ranked 13th in the world.

The American company Starbucks opens a shop every fifteen hours in China.

The fastest growth rate in the world

While demand from the world’s largest coffee consumer (the European Union) has stagnated, much of the recent growth is attributed to Asia.

In recent years, the trend has accelerated across the continent: from Japan to Korea and China, where the average annual consumption of coffee per capita is 300 cups (compared to 240 cups worldwide).

However, the average annual coffee consumption in China in urban areas is only 5 cups per capita.

Even in the most international Chinese cities such as Beijing and Shanghai, the Chinese consume only twenty cups per capita each year, which is twelve times less than the world average.

According to an article by the British channel BBC, the Chinese people drink only 2% of the coffee produced worldwide.

The success of Western Coffee Shops

The Chinese are taking more and more pleasure in enjoying a coffee, but they especially like to enjoy the surroundings and spend time there. In China, coffee consumption is now similar to an image of elegance and fashion.

Introduced into China by Europeans, coffee is also a way to experience a Western lifestyle, a culture for which the Chinese have always had a strong interest, and also to express their belonging to a social class.

The arrival of the Swiss giant on the Chinese market in 1990: Nestlé, made it possible to raise awareness among Chinese consumers of a wide range of coffee from all over the world.

The advent of coffee in China and its growing popularity have been confirmed by the successful establishment of the two coffee pioneers in the West: Starbucks in 1999 and Costa Coffee in 2006. Even if they are no longer the only major coffee players in China. Chinese distributors are searching to import coffee , good with good prices range explain seoaagencychina website.

Indeed, Starbucks are found absolutely everywhere in China: on every street corner, in every shopping centre.

One of the main reasons for Starbucks’ success is due to celebrities. The Chinese press is full of pictures of Western and Chinese stars such as Zhao Wei or Yao Cheng walking the streets with the same accessory in hand: a Starbucks cup.

It is indeed the best fashion accessory, the one that will give a cool and relaxed look to anyone who wears it.

Another key aspect of Starbucks’ marketing strategy is the sale of complementary products.

In order to better adapt to different cultures, Starbucks offers many by-products that specifically target each country.

For example, in China, Starbucks coffee shops offer moon cakes sold in boxes during the mid-autumn festival and zongzi (Chinese traditional food) during the dragon boat festival, or cups adapted to the main Chinese holidays.

In addition to the profitability of these campaigns, the aim here is to show customers that they are adapting and understanding their culture. explained an expert of the Chinese business club

To better adapt to the Chinese market, Starbucks launched its own Chinese site and a Chinese smartphone application while maintaining a strong presence on the country’s main social networks.

The attraction of South Korean culture, close to that of China, is still growing rapidly among the Chinese population. The popularity and power of Korean series in China is well established.

With the explosion of coffee shops in Korea since 2014, Chinese consumers see coffee as the most accessible way to be projected into the lifestyle of their favorite Korean stars.

The ceiling chandelier, the classic wall clock, the wooden tables, the white coffee cups, the brown uniform… all these decorations familiar to dramatic series are copied from the series thus offering customers a typical Korean atmosphere.

Check this photo to understand selfi culture and coffee shop.

One of the brands that has successfully caught the attention of Chinese consumers is Caffe Bene.

Marketing through celebrities and product placements in Korean series are the main reasons for Caffe bene’s success in both Korea and China. Unlike other Western coffee chains such as Starbucks or Costa, these shops are often more spacious with large bay windows to attract passers-by.

In recent years, new Korean franchises have appeared in major cities such as Shanghai and Beijing, positioning themselves at the forefront of this coffee revolution in the Chinese market.

According to the Korean newspaper AJU Business Daily, mid-2014: “More than 700 Korean establishments had established themselves in China, with 300 more coffee shops scheduled to open at the end of the year”. Arriving in China in 2012, it opened more than 400 stores in two years, a feat that took Starbucks more than 10 years to achieve.

According to Forbes.com, China was Coffee Bene’s largest foreign market in 2016.

What explains the success of Korean coffee chains?

Aware of the difficulty of setting up in first-tier cities because of the strong presence of Western competitors, these new Korean chains have chosen to concentrate in second-tier cities with strong growth potential.

But their success in China is mainly due to the exploitation of the commercial potential of Korean culture, which is highly prized in the country

Mango Sixis for example a new Korean coffee that offers hot drinks and desserts that first appeared in a popular TV series before making its appearance on the Chinese market. The main target group is young girls in the upper middle class. The success of the brand is mainly linked to the desire of Chinese consumers to have a good time in a trendy, pleasant and original place; rather than to the quality of the coffee itself.

Zoo coffee,one of Starbucks’ biggest competitor with its giant plush toys and other chairs with zebra patterns, is also very popular with Chinese students and young children.

Like everything else in China, coffee attendance depends on reputation and popularity. They follow the strict rules of trends and it is difficult to attract Chinese customers if you use the same criteria as the sales arguments in the West.

For example, coffee quality is not what will attract the Chinese customers, which may explain the Starbucks’ slow expansion in its first ten years on the Chinese market.

When the Chinese begin to develop their own coffee culture

A growing number of so-called independent coffees have appeared throughout China. Many have distinctive themes, whether they are coffee shops with cats, establishments with settings inspired by old films or a particular city.

As young Chinese people begin to develop their own coffee culture, these independent stores are gaining in popularity. Type the word “unique” on Baidu (the largest search engine in China) and “unique coffees” appears in fourth place among the most frequent searches, among 2,730,000 results.

The coffee market in China is expanding and evolving.

The coffee market in China is still in its infancy, but is growing at a rapid pace

From Paris to Tokyo, everyone has their own coffee culture, a culture that is now also developing in China, encouraged by the younger generation that is rushing into independent coffee shops.

The Asian superpower is also emerging as one of the major exporters and importers of coffee.

Yunnan province accounts for 90% of the country’s total coffee production. Of the province’s total crops, more than half of the grains are exported in their raw state and then ends up in Starbucks coffee shops in New York for example.

How to succeed in the Chinese market?

Coffee is not perceived as such in the West. Unlike Westerners, for whom coffee is an effective energy drink; in the minds of many Chinese, coffee is a luxury product that has become more accessible in recent years. In China, coffee consumption is also a taste of a Western way of life.

The setting of the café is essential to attract Chinese customers. Most coffee shops in China appear to be places of leisure and relaxation where people go to visit friends, have access to wifi, work or take refuge in an area equipped with air conditioning in case of high heat, which is often the case in large cities such as Beijing or Shanghai.

Coffee quality is not the main selling point. Most Chinese are more attracted to the setting of the place than the quality of the coffee. They are looking for a special atmosphere. Coffee chains must therefore target more than just selling coffee.

The reputation of the place is paramount.The Chinese are hyper-connected, regardless of the age group of the population. Social networks are their main source of information. Following the latest fashions in clothing, cosmetics and places to frequent is important for them, it is a way to affirm their belonging to a social class and to convey a lifestyle.

Your main source of communication must be on social networks.If you want to ensure good visibility that will influence your reputation. A place frequented by many people is a place that must be visited at least once. That’s how the Chinese people think.

Need help building a good reputation in the Chinese market?

WE ARE DIGITAL EXPERTS IN CHINA

Our Marketing-China website is intended to be informative and useful for professionals wishing to develop in China. Our Agency sets up services to carry out your projects in this booming market.

YOUR CAMPAIGN ON WECHAT OR WEIBO

Creating and managing your official account requires specific steps. The complexity of the Chinese Internet ecosystem makes it difficult to use WeChat and create mini-programs for foreign companies. We must be able to create content adapted to Chinese consumers. Our teams are made up of Chinese and international employees who are responsible for communicating the values and information of your brand in this market. We ensure interaction with your consumers in order to create and build a real community around your brand.

The Chinese attach great importance to the reputation of a brand, but they do not trust them much because of the many problems of transparency and counterfeiting. Online branding and reputation have become essential for the development of brands in the Chinese market. We provide solutions adapted to your project to achieve the expected performance.

All advance communications attract consumer interest in your brand and its products/services. Then you have to look for the best distribution channel in this market (there are a lot of them).

For more information, please visit here or consult our previous article on the subject

– Coffee market in China : How to sell your coffee