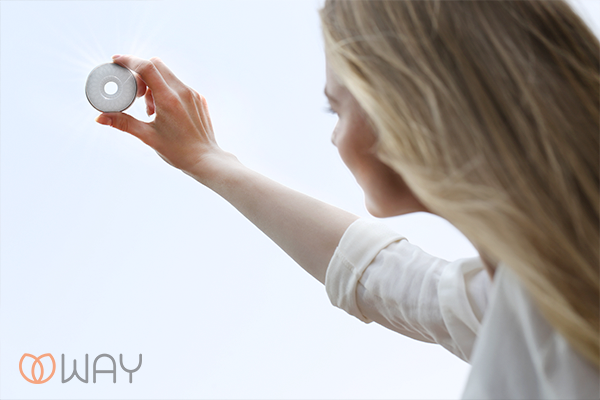 A Korean startup is developing a new essential high tech product for every women.

In December 2014, a new Korean startup is created in Seoul, in the rich district Gangnam. This one is composed of 8 Korean members, all graduated from the biggest University of sciences and technology et have experience inside the cosmetics and beauty world.

Today, this young company is making some noise. Indeed, it has been built because it finds a good idea: developing a small high-tech device able to analyze women skin called WAY. While being connected to your smartphone thanks to an application also developed by the same company, a woman will be able to get several pieces of information about the quality of her face skin.

South Korea is the country where every woman and man takes the most care of their skin. Korean cosmetics are also well known for being effective. That is why this new device will be sensational as soon as it will be launched (although it is already sensational).

The company is composed of the best employees but it also has a good co-founder which is a Korean dermatologist. This is a perfect combination to achieve success. He helps to collect needed information in order to develop the key elements of the device.

Crowdfunding. Maybe you don’t know this word, yet it is a new way used a lot by societies which are looking for investors without interests. How does it work? Very simple. You have an idea but you don’t have the needed resources to make it. Thus, you have to develop a promotion for your project et post it on crowdfunding devoted websites. Then, if your idea is to seduce, anyone can invest as much as they want in your project.

This system is for everyone who is confident that the project will succeed. That is the case for this Korean society. They were sure that their new device would seduce users so they chose to crowdfund on the crowdfunding devoted website, Indiegogo. And it was right. Within 72 hours only, the US $50.000 needed has been already raised.

And that is not it. The Korean agency also succeeds in getting investments from 3 big societies. Thus, it could be reunited within the last month US$500.000 from Koisra Seed Partners, Albatross Investment, and SparkLabs.

How does it work ?

Small and round, the high-tech device looks like donuts but smaller. For women, it is as big as a compact powder. The decision is also very practical, light, and easy to take it everywhere with us.

WAY is a small device that will allow you to know more about the structure of your face: its moisturization level, oil level, wrinkles… thanks to two sensors on the edge of the device.

You will just have to get your smartphone with the application already downloaded (it will be for free when you’ll buy the device and it will be available on Android and iOS), place the device on your skin et click on the app button of your phone called “Analyse”.

It is better to analyze your face every day in order to let the device determine the health of your skin as better as it can. Moreover, if it’s better to take WAY everywhere with us, it is simply because it is also composed of UV, humidity, and dryness sensors.

Thus, while providing everyday advice, WAY will be able to advise you about the best behavior to adapt according to the environment around you. For example, if you’re inside a dry space, WAY will advise you to drink water, or if you are outside and the sunlight is strong, it will tell you to put sun cream. WAY is a device to make your skin perfect. It will simplify your life.

The device has been developed to last a whole week per recharge but since it is composed of a micro USB port, you will be able to recharge it from your laptop or other.

Plus, according to other users’ information, WAY will be able to advise you on the best beauty products to use for your skin and for your environment. Partnerships with cosmetics enterprises could push these devices even further.

Just like I just said, WAY, according to other users’ information, is able to give you advice about beauty products that you should use for your skin type and according to the environment around you.

But this is only the first step. Indeed, the Korean startup wants to go further by developing partnerships with several international cosmetics brands so that the device will be able to advise even better products and a wide choice line from the cheapest to the most expensive ones.

Some of this partnership seem to be discussed right now but the device still being in development, these ones are still secrets. We will discover them when WAY will be launched.

Every woman from all over the world is taking care of their skin and wants a perfect one. But how to achieve that when you don’t understand your skin or that you don’t even know your skin type? Today, you can know everything and even more thanks to the new high-tech innovation of a new Koran startup: WAY. Its development is still in progress but it should be finished before the end of this year. Its launch should starts in November 2015 at a cost of US $99 on the crowdfunding website Indiegogo on pre-order (until its launch in November) and then it will cost the US $149 in stores. This new device isn’t launched yet but it is already doing some nice within the beauty world thanks to crowdfunding. This method is actually really popular in China too. The most famous crowdfunding platform here is DemoHour. It could reach a business of US $25 billion in 2025.

To know more about Cosmetics in China, check out this article: