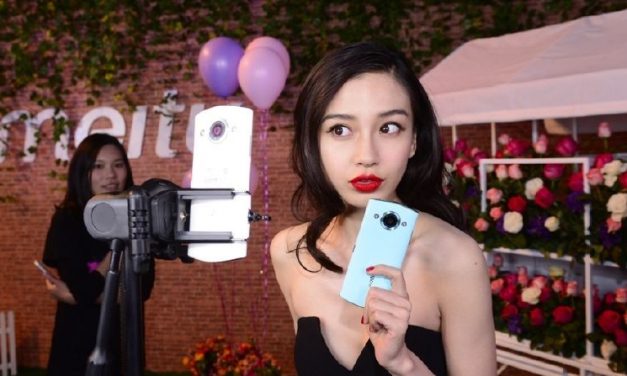 It is also an essential social network for visibility on the Chinese web WeChat can manage commerce, social networks, banking services, and travel reservations, among other tasks.

WeChat takes 0.1% on all payments, which indicates that the users of the application realized nearly $ 50 billion in payments that month. In the third quarter of 2016, WeChat has an average of 846 million monthly active users, representing an annual growth of 30%.

Because of the enormous user base of the application and how it is embedded in people’s lives, Western brands often use WeChat as a way to get into the Chinese market.

If consumers usually use an application on a daily basis, it makes sense to try using that platform for marketing.

And to give an idea of how Western brands use the application, you will find 8 Luxury campaigns.

To coincide with the Chinese New Year in February 2016, Burberry sent all its customers a picture of a letter linked to a pink bow.

The user was prompted to “Shake, Strike and Slide” to try to open the gift.

Once opened, the letter gave users the opportunity to send a personalized Burberry greeting to a friend to celebrate the Chinese New Year

They could then buy the brand’s New Year collection in Burberry’s WeChat.

The Coach brand has focused on the promotion and loyalty program on WeChat.

The marketing strategy that Coach is undertaking is very well thought out, for Mother’s Day in 2015, the brand launched a campaign called “#MyFirstCoach” recalling that mothers are the first “coaches” for their daughters.

Supported by the paid media, the campaign increased Coach’s WeChat followers of 35,000 people.

The Swiss accessories brand Montblanc has led a WeChat campaign that has tied the Chinese cultural association to the phases of the moon.

Brand followers had to enter their gender and date of birth to receive information about their personal moon phase and their impact on their personality, love, leisure and work.

A Chinese astrology expert was hired to send the results.

The campaign consisted of promoting the new Perpetual Calendar of the Meisterstück of Montblanc and the Watches Calendar Bohèm, which feature a dial displaying the specific phase of the moon.

In a separate campaign, Montblanc used WeChat to tell the story behind its range of luxury fountain pens.

Users were invited to browse an interactive history lesson that begins with the Industrial Revolution and ends with a showcase of the brand’s Red and Black range of pens.

The story is meant to mark the Montblanc heritage and luxury credentials.

Roger Dubuis launched a campaign last year entitled “Who is Your Bold Partner?”, Which aimed to provide users with product suggestions that fit their personalities.

When they arrived on the dedicated landing page, users had to answer a series of questions.

In April 2016, Michael Kors launched a WeChat campaign in China to promote his spring/summer collection.

Users can scroll through the interactive application, complete with optional music, and click on each image to learn more about the presented products.

At the end of the series of photos, users were encouraged to realize a selfie with a friend, to win a free gift if they had purchased Michael Kors products.

Users could also vote for their favorite photo by sharing it on social networks.

Estée Lauder worked with the renowned Chinese model “Liu Wen” for an “EyeQ” campaign to promote her eye care products.

After browsing through all the photos, multiple-choice questions were asked from users to ensure that they had been successful.

If they had answered the questions, users had the chance to win a surprise gift in exchange for their phone number and city of residence.

Another brand of cosmetics on the list, Clinique has created a retro snake game to entice consumers to learn more about its “Even Better Clinical Dark Spot Corrector & Optimizer”

British Airways used WeChat as part of a wider marketing campaign around Chinese students using the airline to go to college in England.

The guides could also be customized and printed.

As is the case with the examples of this list, British Airways also organized competition games.

In this case, users could earn flights from China to the UK by sharing an image with a specific hashtag.