How did Lancôme seduce cosmetics consumers in China? 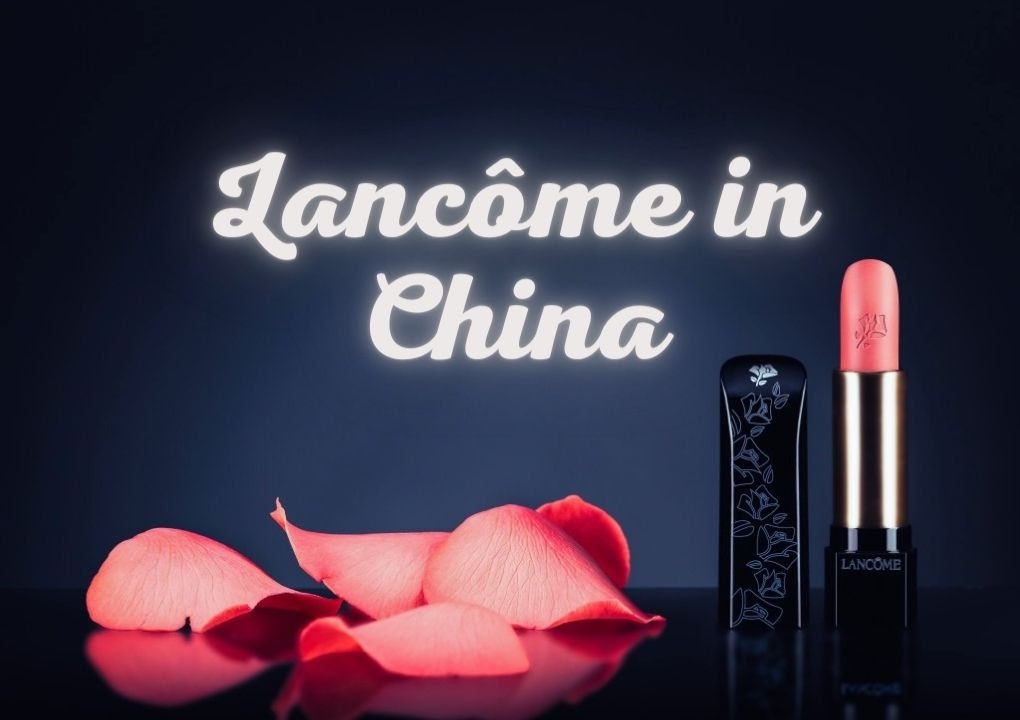 Following China’s rapid economic growth over the years, and the surge of e-commerce platforms, the Chinese cosmetic industry is one of the most lucrative and promising in the world. Attracting thousands of foreign companies every year, China has become an eldorado for international luxury brands such as Lancôme. Crossing boundaries has been beneficial, thanks to the rising purchasing power of Chinese consumers that are looking for the best products in terms of quality and renown. As the third best-selling cosmetic company in China, we are going to focus on how Lancôme has been able to seduce Chinese consumers.

The Cosmetics Industry in China

China”s population’s purchasing power has increased over the last decade, following China’s economic boom. Chinese consumers are more than ever ready to spend thousands of dollars on cosmetics and luxury goods. As a matter of fact, China is the world’s second-largest cosmetics market after the U.S in terms of revenue and consumption value, with 300 billion yuan of revenues as of 2019. The market is expected to reach 400 billion yuan as of 2023. Thus, it represents one of the most promising and lucrative industries for the years to come, especially for foreign brands.

We are the top and most visible Web & Marketing Agency for China you will find on the web. Our Services: E-Commerce, Search Engine Optimization, Advertising, Weibo, WeChat, WeChat Store & PR.

The cosmetic industry’s growth is also due to China’s digitalization, with consumers spending hours on their phones, on social media, and on e-commerce platforms. This phenomenon has completely reshaped their way of consumption, at the profit of brands that have to face tough competition. They now have to be creative and innovative in order to stand out and be prepared for the burgeoning demand for higher quality and premium products.

Lancôme: A Success Story Made in France

Founded in 1935 by Guillaume d’Ornano and Armand Petitjean, Lancôme is one of the most popular French luxury perfumes and cosmetics brands in the world. It is also part of one another popular company: L’Oréal. Over the years, Lancôme was able to break through internationally and establish itself as one of the most appreciated brands worldwide in terms of luxury skincare, fragrances, and makeup at higher-end prices.

Thanks to successful marketing and advertising campaigns (even though Armand Petitjean said that Lancôme never advertises), and collaborations with the most popular celebrities in the world (models, singers, actors, etc) Lancôme was able to gather consumers’ attention.

What has made the success of Lancôme in China?

A Pioneer in the Chinese Market

Conscious of China’s potential, with a wide audience as well as consumers that are willing to spend thousands of dollars on cosmetics, Lancôme was one of the first international companies to seize its opportunity to conquer the Chinese market. Now, Lancôme is the leader in the Chinese beauty industry and owns over 169 shops in more than 80 cities all over China. The brand started to sell its products in Chinese megacities such as Shanghai, Beijing, and Hong Kong. But the brand quickly started to expand in lower-tier cities. As for Lancôme, China is its second-biggest country in terms of sales.

Lancôme also leads the cosmetics market when it comes to bringing luxury products into China’s rural areas. It all started with Hangzhou in 1997, “since then the Hangzhou store has been one of the most successful Lancôme outlets in the world” according to Stephane Rinderknech, vice-president of L’Oréal China.

Providing beauty products for over 100 million people in China, Lancôme has benefited from the surge in demand of the middle and upper classes as well as Millennials.  The younger generation that has more purchasing power than their parents are now seeking exceptionally high-quality products, which have a positive social impact. One of Lancôme’s successes is that it was able to listen and adapt to Chinese consumers’ needs. On the other hand, Lancôme’s increasing sales are resulting from Chinese consumers’ daily cosmetics routines that are becoming more sophisticated than before.

Lancôme was one of the first brands to be present online in China. In order to attract Chinese netizens, the brand was to develop an efficient digital strategy enabling them to stay close to their customers. Moreover, thanks to their interactive and intuitive Chinese website, Chinese consumers are on average spending more time on Lancôme’s website than on other ones.

Having a Chinese website is key to gaining the trust of Chinese consumers. Moreover, it is extremely important to have one for Baidu SEO. As the first search engine in China, higher-ranked websites on Baidu will gain more visibility. Thanks to its popularity and strategic campaigns, Lancômes is one of the most popular cosmetic websites on Baidu.

Lancôme opened its own e-commerce website in 1999, on which the brand introduced cash on delivery system. However, following the growing popularity of giant e-commerce platforms such as Tmall, JD.com, Taobao, etc. Lancôme is now available on the most popular Chinese e-commerce platforms.

Tmall is China’s most popular e-commerce platform (from the giant Alibaba), and Lancôme was quickly invited to open its own flagship store on the app. Chinese consumers are able to find all Lancôme’s products, benefiting from promotions and vouchers from time to time. Thus, Lancôme has a special spot on Tmall and has a lot more visibility than other brands.

As one of the most popular e-commerce platforms along with Tmall, Lancôme is of course one of the biggest brands available on JD.com. Thus, it is frequent that Lancôme’s products are advertised on the main page of JD.com.

Like the other e-commerce platform Tmall from Alibaba, Lancôme also has its own store on Taobao.

As a true believer of 365° marketing, Lancôme also has a store on the popular app Little Red Book that appeals mostly to young wealthy women looking for purchase guidances and high-end beauty and lifestyle brands.

Lancôme has a strong presence on several Chinese platforms such as Weibo, WeChat, Kaixin, and Renren. The brand asked key opinion leaders to illustrate their use of products of the brand on social network platforms. The opinion leaders used many photos and videos to demonstrate the use and the quality of Lancôme products.

As the most popular and used app in China, Lancôme has created its Official account on WeChat a few years ago, creating H5 brochures, sharing content and pictures, as well as promoting its products.

Weibo is another popular app in China, considered as the Chinese Twitter. In fact, thanks to Weibo, Lancôme can easily share content and interact with Chinese consumers, who can also share their experiences on the app.

Lancôme is pretty famous for its various collaborations with celebrities. Lancôme wants to promote the image of eternal beauty. To do so, the brand chooses muse to appear on TV commercials and advertisements. Many well-known celebrities have been promoting the brand worldwide, such as Anne Hathaway, Julia Roberts, Kate Winslet, Zendaya… For example, Chinese consumers were especially satisfied with Emma Watson to promote Lancôme’s products in China. However, as the second most lucrative market for Lancôme, it had to adapt to the Chinese market.

For example, one of the most popular ambassadors of Lancôme in China is the Chinese singer and actor Kris Wu. Popular among Chinese consumers, and especially the younger generation, Lancôme was able to reach a wider audience.

Moreover, Chinese KOLs (Key Opinion Leaders) which are influencers, are also very popular in China. Many of them regularly promote Lancôme’s products, thus increasing, even more, their sales and reputation.

All of Lancôme’s marketing campaigns have in common the fact they bring the brand closer to its consumers and also bring press coverage in the process, which results in a win-win strategy.

Lancôme is customer-focused. The brand keeps a close relationship with its customers through Chinese social network platforms and marketing campaigns.  On top of that, the brand has a pioneer image because it was the first brand to bring luxury cosmetics products to lower-tier cities. These are the reasons why the brand is so popular among Chinese customers.

4 thoughts on “How did Lancôme seduce cosmetics consumers in China?”